on suicide in modern society. 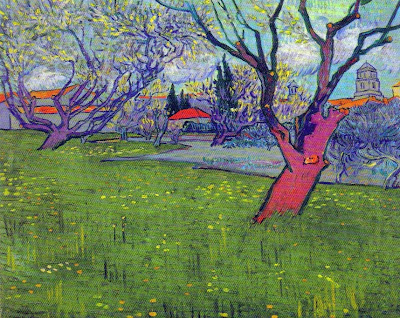 yesterday was strange and exhausting and storming and i hated to leave the house in the morning because i like thunderstorms in my house. i like the tremendous echos of the rain on the tin roof and how i cant sleep i cant hear the words in my dreams i cant watch movies i cant hear the words on the screen i like when it rains before the sun comes up. because of the immense and currently lush gardens outside my windows the world of my little house is always green all the light is green but when it rains and the sun comes up there is something more dense about the color of the air and light within the rooms and how the walls reflect the sense of all of this. i hated having to leave and missing out on this light and air.
coming home when the sun has already set and the light is a bore the rooms are dark and the windows seem smaller and the rooms seem glass incased like exhibits in inner rooms of the met like isolated prisms reflecting life but not exactly at its present. when i designed the house and the rooms this is what i thought about. all my things dusty and pent up in the top room of my dad's welding shop, all of the parts i lost shifting from space to space to space and then stuffing into suitcases and hiding some place else, in some other part, in someone elses room, somewhere. i imagined how all these missing parts would correspond how each thing could talk to each, how people could parade through and respect the authenticity of not only objects, but the life constructed around the life of the objects. and this seems to work because ever since the house neared completion, my parents have paraded all of there friends through the house, even when im not home, even at times when i am smoking a joint with a girlfriend, the friends of parents parade in to look at the walls and the light and the colors. even friends of my parents that have seen the rooms before come in and pretend they havent. my house is irrevocably preserved everything has a space everything is aligned well thought out everything every view is a box within a box within a box. each whispers to each. all design, real design, is purposeful.

my parents know i lack a fear of death. its sort of a constant perspective, when they feel that i am shifting closer to some fearlessness-- not recklessness, they leave me to my immense recklessness-- but when they see me shifting to a stronger fearlessness, they worry. they feel the pounding rooms. they knock on the doors they keep the doors and windows open they talk to me about magazine articles and make me food lots of food my fridge is stuffed with homemade vegan chili and apple butter my moms comes up with reasons i need to drive her to get a new coffee pot, or something. she buys me some coffee and hugs me. my brother worries. its strange because i never say a word about this shifting within me. they just know. when manny died they took me out of my little house and put me into my brother's little room, which eventually became my room for a while, because my mom turned my bedroom into a walk in closet. the walls are still painted blue with clouds. the hand painted stars on the low ceiling she tried to cover with primer but they still dimly shine though.

my parents put me in my brother's little room and it was nice. i set up exhibit, surrounded the room and the walls with things. they showed there friends my room, which was more like a closet, truly, a room you had to stand in the center of and spin in circles. good times were had in this room. wine and joints and whispering and records playing and sex and laughing and good times. anything anyone could want to distract them from anything outside the walls and the room and the immense gardens and the labyrinth of my parents house.

then i got this house. which is next door to my parents. and the house i was originally staying in, the house i helped build with my father my last year of high school and i was supposed to stay in through college. happy like and still with a sense of fear, some necessity of protection still instilled. then manny died when i was sleeping in this little house and my brother moved in and i moved into his little room and he lived in the little house for years.

living here now, there are enough changes he made to cover over the old ways. some cultures believe that some houses just have curses, some land is just that way. im not saying this is that way, im just rereading _the wind up bird chronicle_ and i dont necessarily think this placed is cursed i just think there is energy. where i am living used to be owned by a family called Black and the mother shot herself and when i was fifteen, the mother that lived on the farm across the street shot herself too. we have the only home left in this area, now surrounded by commercial buildings. no more prized pigs. nothing like that. we just have gardens now too and vegetables but no chickens or anything. i try to write about how these things have changed, but i internalize the world too much. and i cant.

"i felt like a strange error had brought me into the landscape of someone else's nightmare."
:haruki murakami.

with all this modern city modern society and some sense of demise and fearlessness, i cant decide if in these times, if suicide is a noble act or not. i used to be remarkably against it. but like every other American, i date the demise of our country to 11 September 2001, and though i have kept patchwork journals since then, i think the main, continuing factor is about manny, and maybe he was lucky to get out alive. to not waste his time on life, even though now, i still wonder if it were on purpose or not. what if you just never wanted to succumb to the standards of life-- the live work work pay work sleep work eat work fuck of it all. i hold onto my youth with such ferociousness because i had it taken away when it was actually there. i perpetuate these circles but im not concise everything is glass encased and thought of as a reflection. everything i want is like a cascade some penultimate its nothing about tomorrow or next year i forget to eat more often than not i wander through most things and say alot of truths to numerous people because everything is a possibility nothing can be standard. i dont want a standard life its not worth the time.

and my parents seem to subconsciously react to this fearlessness. when i go, they constantly say they love and miss me, they make sure im still breathing, but they leave me to my wandering, ambling circles. my parents support me as this pipe dream fantasy. this dreary context of beauty and finality. even just now, as i am writing this detailed construct of suicide as a noble act in modern society, my dad knocks on my door (which is entirely made of glass), just to say "hi" and hand me a sandwich.
Posted by kristenclanton.com at 12:04 PM