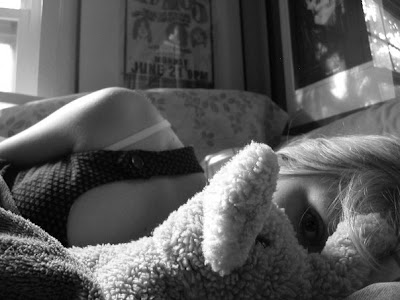 the absolute separation between feeling something knowing something and doing something can sometimes be the single most overwhelming sensation in the world. lately, i have this strange way about things. i feel it is strange because it is not usual, or maybe it is usual, but it's a part of myself that i deny being true. it's like a sculpture, some immense galaxy, it's like drawing the same horse over and over again, trying to get the legs just so, trying to make something into an absolute vision, all parts suspended all at once, everything beautiful and graceful, all the edges sharp.

this is how i want my life to be. this is how my days truly play along some stage. and it's romantic and sincere, and it's at arms length from most everyone else. even my best friends move on and off the planks, the shift like apparitions beyond the stage. some true sun at the end of the end.

there is only one name i refuse to say out loud in front of anyone, and that's only when it acts as a sigh, as some distant part, as a moment in time that i have to convince myself happened all for the good of me. there is no problem, truly.

the problem is gravity. the problem is in the distance, in how the days are created, how far i have distanced myself from all that bad news, the problem is that i cannot trust anything. that even though i love with my whole heart, these parts, every other part of me is busy with some monument. some labyrinth. some garden of walls and walls and walls some baffling room. it's strange to feel no pressure. to be convinced that i could do anything take on anything shift into anything destroy anything but being far too indifferent to most things besides, well, besides the specifics that i never say out loud.

tonight, let's just curse a lot. lets say specific things so fragmentary and so often that those parts vibrate from the walls. that the walls come tumbling down and we get to stand there, in all the open rooms and open doors and laugh and laugh about how ridiculously naked we are and how strange it is to trust those uncertain things, when everything else in the universe seems to be pressing towards some separate world, with the galaxy burying us and the seasons in the sea.
Posted by kristenclanton.com at 8:11 PM

Email ThisBlogThis!Share to TwitterShare to FacebookShare to Pinterest
Labels: gravity, history, self portrait