why the act of writing and the act of marriage are absolutely comparable. 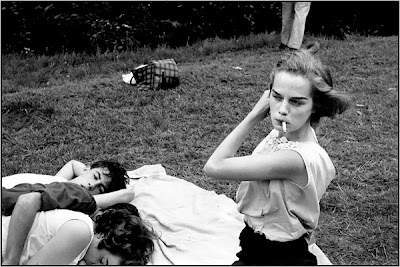 talking about feelings, for the most part, is just one of those things i have never done. there are histories and reasons like there always are for anything anyone does, but mostly, i have never felt like my feelings could be pinned down or stable or truly synonymous with my intelligence or personality, aside from intuition. however, even my intuition can be questionable. i have blown a few minds with my forethought, but the truth is, i can only intuit terrible forth-comings,  and this is probably because of my personal conditioning of always thinking of the worst, preparing for the worst, and finally, accepting the worst. 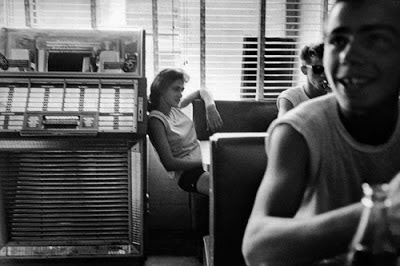 for entirely bold and bright parts of my life, this has always been a reliable method. save for when i am happy. when i am happy, this methodology is terrifying because it begins to transcend into that Taoist man-butterfly mentality (you know, the man that dreamed he was a butterfly dreaming of being a man), and i have to constantly assess the reality of a situation. in more direct terms: often i convince myself that all of these good things are in my imagination. and in that way, if the good things end, then i can begin to believe that i imagined all of them. i know this seems nuts. yes, i know that, which is why this methodology hearkens back to the way i deal with feelings. if something doesn't make sense, then it can't be true. that's my mantra. truly. for stories, conversations, everything. that is the line i tell myself when i am working on creating the world of a story that is more magical than anything, but it needs to be real. i like working in the reality. i like stacking the bricks and building the bridges, in order to make other people read it and see the world. this, magical realism and surrealism, i find far easier to write than straight realism, which is where my true personal test exists. right now, i am working on a short story that takes place in Florida and is absolutely a realist story. this is a painstaking story for me, mostly because i lay my bricks slow and all my daggers are hidden in plain sight. it's a strange little mystery that exists between the writer, the characters and the story. a mystery that is only entirely viewed from the perspective of the reader, which honestly becomes more in line with the role of God. this is the exact antithesis of magical realism, where really the writer is in the God position. (and as an aside, see, it's all man-butterfly mentality).

this, so far, seems steady, or at least i am convincing both of us that this is steady thinking. but here is when i really truly make a mess of things: i also believe that everything is fiction. it's true. everything. legitimately everything. if something is on the other side of the door, it does not exist until it walks through the door. this is romantic in writing, but not in life. imagine being married to someone with this kind of thinking. i confuse everything, but i never say anything about my confusion because, as was seen in paragraph one, i do not rely on the actuality of my feelings. i rely on other things. 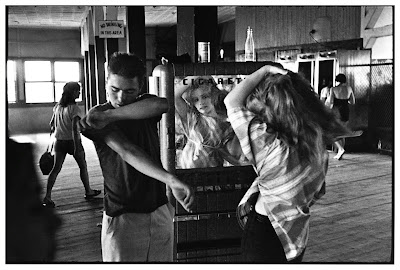 so thank God i married a writer. tim and i are approaching our three month wedding anniversary, and everyday, it blows my mind how well he inherently knows me. i do not mean in the personal-directive here. i mean, he gets it. he gets it because of who he is, where he's been and what he's made of. he gets it without me having to even say it because God knows i won't, so he does. and when he says it, and it's absolutely true, i feel like there is no hidden rooms within me. this could feel scary, but it isn't at all. here's a metaphor in concrete terms: it's like two identical buildings that were built on the same city block. same windows, same doors, same exact people in every little room. but on that same block, there were all these other buildings. squat buildings, gutted buildings and wanders along the street looking up at these two buildings and thinking, these building would be great if there wasn't this huge windowless skyscraper between them. then one day, an earthquake or a lightening storm or some strong wind of God comes along and demolishes the wall. and because buildings cannot talk, they're all window-eyes, the buildings can only see that they were a pair the whole time.

and sometimes seeing is enough. especially when all the eyes and all the windows are seeing the same exact world from every perspective imaginable. stranger things have happened. and i would far rather be in this strange world with someone who sees the exact same strange things as me. 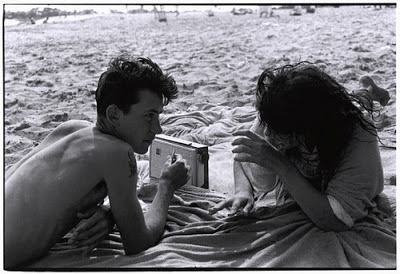 Posted by kristenclanton.com at 9:38 AM

Don't mean to be didactic, but Chuang-Tzu ("the man that dreamed he was a butterfly dreaming of being a man") was a Taoist!

Glad to see that you're still writing, many happy returns on your nuptials.