How to Reach Nirvana in Ten Minutes 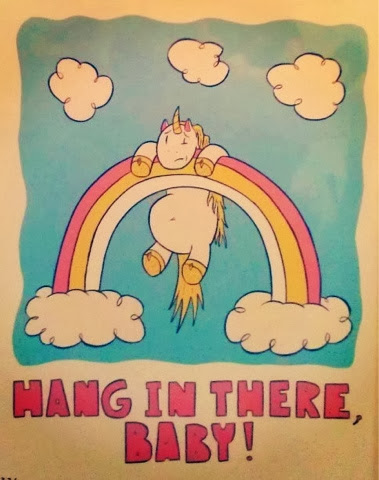 I am not going to lie: my days have been profoundly difficult lately. I think about this story that Tim's dad told me the first time we met. It was about this guy that studied Buddhism under some other guy that was pretty well known for his teachings. Anyway, Tim's dad met this guy when he was a teenager; apparently, the guy could reach nirvana in ten minutes. So, naturally, Tim's dad's mom hired this enlightened guy to teach her kids how to reach nirvana in ten minutes; this guy's name was Denny Stout. It seems as important to know as it is to know how to reach nirvana in ten minutes. I never got a clear idea if this ten minutes to nirvana worked, but I did find out that Denny Stout traveled the world shoeless- this guy hiked mountain tops in the name of nirvana- but he still ended up hanging himself, anyway, despite those short pleasure steps to nirvana.

The point is: my days have been profoundly difficult lately, and thinking about what those frontier women, those willful and absolute pioneers, had to go through, doesn't work anymore. Thinking about that dark, black and white image of the worried mother- the one taken by Dorothea Lange- 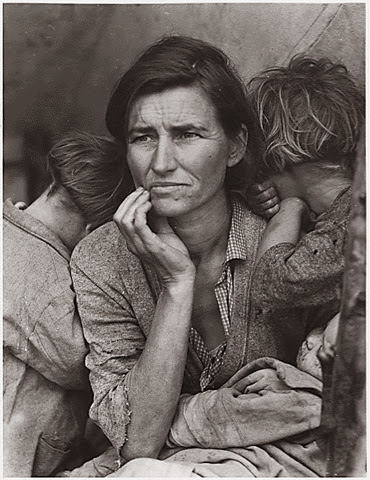 that doesn't work either. I think about this other story Tim's dad told me about some guy named something-the-plumber and how he had these huge dogs, Doberman's, I think, and he had the dogs on runner chains, and the chains lined each side of the path that led to The Plumber's front door. So when people would walk to the door, they had to walk straight- they had to walk the line- or suffer the consequences of walking crooked to some Man's front door. The Plumber ended in a bad way, murdered some horror show way, but those dogs must've had fun for a while.

I think about how, despite how personal an experience, there is always something to learn and accept about ourselves, and though most often the things we come to know are great things, the more important things are the negative ones; these are the parts that take the longest to know, but once they're seen, it is with blaring certainty that they have absolute value to who we are. Despite the chains, the images, the striking unfairness we find in aspects of ourselves, aspects of society, aspects of humanity, it's hopefully the human spirit that acts as the bow to even the most unsure arrows we throw. I've thrown a lot of arrows, and most don't find anything to make a home for, but the ones that do, well, those arrows define my spirit, despite the difficulty of days.

Posted by kristenclanton.com at 9:25 PM