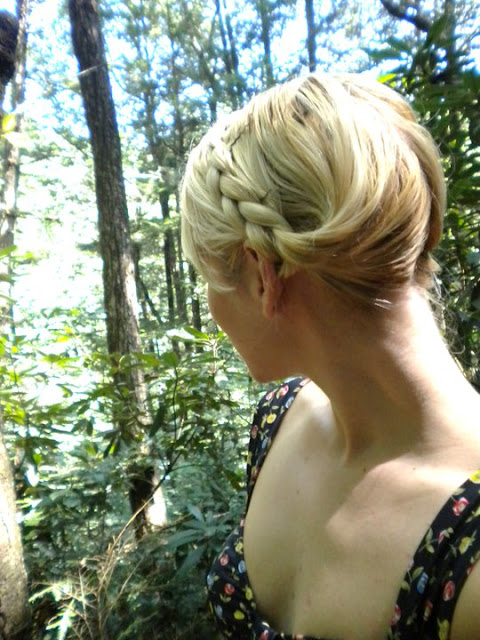 So far, I've written 26,754 words of the book, this novel about in the American South.

There is one chapter I keep thinking about throwing out, but I don't know. The story is true. But it doesn’t feel true anymore. This is a lesson I’ve learned. I once wrote a nonfiction piece, and it was too audacious to believe. I showed it to a friend, and she suggested I begin again, writing it as a fiction. So I did. And it was picked up for publication pretty soon.

I’ve kept that in mind as I’ve been writing.

Every story started from the truth; they all start from this list of truths in history and memory, from the lives around me. But I change them. The heart and the panic, the suppressed fury, the fixation and lack of communication are still there, but everything else is fiction. It has to be fiction because no one wants to believe they could be true.

I’ve been interviewed about only one of my stories; it’s my outlier, it has nothing to do with anything else I’ve published, nothing at all to do with this novel. It’s sentimental and sad. Sometimes I think about what I’d say about the other stories. I don’t know if I would. I probably wouldn’t.

On this list, there are stories that I’ve mapped for at least a year. Stories I’m still not prepared to really write. I’m not ready to climb into that headspace yet. They’re like hollow turtle shells that I’m stuffing full of things before sending them out to sea. This act, though, the construction of the novel, has helped me to understand a lot of things. I think I’ve become a more patient person. There are so many things that have changed.

I remember once when Tim and I were dating, we went out to dinner at a Mexican restaurant. We were drinking these giant beers, and I was running off at the mouth about something that (at the time) I was very passionate about (I can’t even remember it now). And Tim kept playing devil’s advocate, and man, was I pissed. I used to hate when people walked the line. We got sick of each other that night and called it quits for a few hours.

It’s taken me so long to learn so many minor things about humanity and the role of recovery—what it really means to keep moving. I’m less afraid than I used to be.

The stories don’t walk the line at all. It’s strange. I feel like I’m trading places, like my identity—the way I define my identity—is changing. Every story is something else I’m sending out to sea, something that was part of my identity that is no longer there. Because of the intense meditation of fiction writing, it no longer pulls true in any way for me. It has transitioned into fiction.

I guess the truth probably is this: I was a terrible poet because I am a terrible coward. If I were to be a poet, I’d have to have some sort of other identity—a new persona—that would be successful. I tried on Hansel and Gretel; I tried on Marie Antoinette, but I was weak. I never said what I meant to because it was too frightening. I think all those poems I wrote—those 15 years of poetry—were just all the bullshit I had to get through in order to get to a few years of what I mean to say. If I’m lucky, I’m sure I’ll hit 15 more years of bullshit again.

So I’ve written 8 of the 15 parts so far, 6 of which have been picked up, 2 I have just completed in the last month. And I keep thinking about my grandmother. I mean, I think about her all the time. I think she is the line.
Posted by kristenclanton.com at 1:04 PM