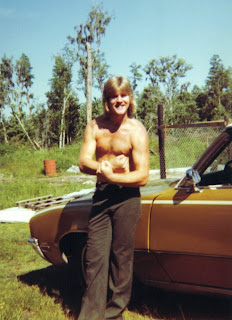 since my father had surgery, it has never become more apparent to me how outrageous the fragility of ties between people can actually be. it is also something to unveil the things we hide from one another, because once we know, once we look across the room and say the words we have hidden in our hearts, once every syllable swallows all the white light and shallow reaches between us, it does not even appear close to half as worse as the comings and goings that have taken hold of the transparency of our days.

when my mother leans against her wardrobe door in the morning, looking completely separate from the face she makes for the world, and i stand there bedraggled, pretending i slept through the night and that the holes in my father's stomach dont terrify me, that all those pink organs and healing scars dont keep me awake, that the idea that he has to go back on that cold table in six weeks and be ripped apart again, pretending that his body isnt the most gruesome testament to mortality ive ever seen, and that its really lovelovelove or something else that keeps me up at night, pretending that the night was fine and that i am off to work and to school, telling her not to worry, that this isnt our life. not yet at least. because if this ever comes close to resembling life, after everything has come so close to the grave after we have to keep thinking that the worst is over but it gets worse and we prepare a face to meet the day, after all that, there is still everything else.


if i could have the world all over again, i would like every night to be dark blue and round and full, i would like the stars to be bright white light and the air to smell like jasmine and to not even think that this must be what a dream is like because a dream and death and anything else would be so much greater than the wear of our bodies and tired wanderings. i would never like to have to hear people yelling in dark rooms and looking at the walls, staring at everything else but every other design of skin and bones and heart. i still cant figure out why we hurt each other.

and aside from all of the pain, my father walking around with his insides out, propped on my great uncle joe's walking cane, making his lists and making his money and wandering around talking all the same noise and keeping up the same hustle, while my mother follows behind like a crow, making sure he doesnt fall apart from the inside out while she keeps the sky from collapsing just over his head.

and love has to be the strangest, most outrageous, most ridiculous thing of all. seeing my mother curled up in a hospital chair for eight days, while my larger than life father lay there grey and crying and her knowing, just knowing that he cant die. my brother and i walking into the rooms and just collapsing

because my father is silent and stuffed with tubes and pumps and lines pulling the toxic out and moving the cold lines of nutrients in. finally seeing that my father is human like the rest of us is the worst part.

and after all this, the strangest part is how remarkably together i feel. the way ive found this form and function that i have wanted for years and all of the death and rage and indifference in me has all but gone into the glass prisms of my heart, hidden away and reflecting the worst on each other and it's no matter because it isn't a part of me. lately everything seems like technicolor like no day is hum drum like no day goes by forgotten or stagnant. that every moment is filled with some sort of time and movement and beauty. that even the worst parts in life are beautiful because of the way everything must disappear. and our chronologies are not perfectly matched.

love has to be the most terrifying thing to live through because you know the world is so fragmentary and that we are just ghosts passing through and we hold on to one another with such force, with such tumbling momentum, that sometimes its true, sometimes the world just stops for us and lets us hold each other in breath and form and color and you never forget how that feels. ever.
Posted by kristenclanton.com at 6:37 PM

This is heartbreaking. I'm thinking of you.