the parts we are missing. 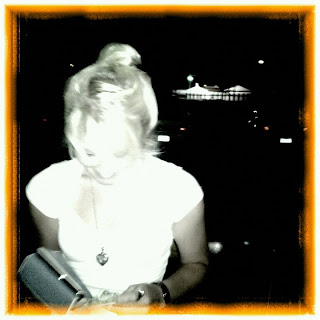 i fell asleep in the sun yesterday, in the tiniest bikini i found in o’ahu, with Mustache purring next to my ear and the sun shifting like a bright bird between the shadows of the clouds. i have never fallen asleep so easily in the sun, but the night before i conscientiously stared at the walls and the craft of shadows in the corners. i watched the flashing lights in the room which were like a photographer’s bulbs, following the silent play of the walls. i thought of the ways i could sneak out of that little bed and little room that little space and little world that were truly a shade from the beginning, some separate part of another moment. but i did not understand this then. which is why i was staring at the walls.

the other day someone told me i was searching for something i had lost. i deny everything that even comes close to close to my heart, i smile and pretend that this other someone has it all wrong, but sometimes my skeleton lets me down. sometimes i just can’t fake it. when i talk about love, when i talk about anything, i always mean something tremendous. something that probably isn’t true but i know once was. i fell asleep in the sun yesterday and when i walked into my miniature house it felt like all of the objects were backing into the corners. the chairs had their own oak trees to hide between and the windows were just starry eyed jewels reflecting the prism of the little room. the lamps had their own pull hatches and even the library shifted its face into the walls. the world was at arms length. the world was a speckled hen. the world of that room had nothing to do with me, barely clothed and bright, like a firefly in a cave. 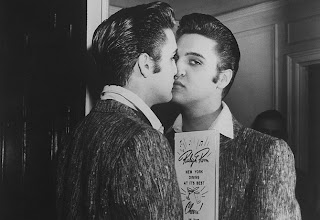 the last time i saw Manny was in this room. and this is the most direct i will ever be about anything about him, but after he died the last place i swear i could find him was in this room. sometimes walls can feel like they were formed in quicksand and there is no way for the heart to escape that kind of gravity and the only thing you can do is try to just keep moving and lose the ghost and lose the trail and lose yourself completely and just forget about chance and yourself as being in separate parts of mind and body because it has to be the same. you have to go you have to try to get to the other side of all of that agony and once you do it is difficult to tell how you feel about anything because the heart can become a sad, cold thing that still keeps it’s measure and is impossible to escape from. sometimes an emotion is not something true or new at all but just a repeat of a phantom feeling. i can keep on the journey so easily, i can be cool

until days like today which occur more often than i would ever say, where the world has an escape hatch and everything feels like it is falling into the past. i laid on the rug in my bedroom, eyeing the walls when johnny thunder’s started to croon you can’t put your arms around a memory and it is always always always at that moment that i cannot keep the world from collapsing. my will can only be that of when i was nineteen. i think i may just be nineteen forever which could give some absurd reasons for quite a few things but nothing works so fast as excuses. and i despise reasons for being. yesterday after i fell asleep in the sun i found a letter i wrote to Manny when i was nineteen. i was thinking of posting the letter, but it is far too sad and far too personal, but at that moment everything slid back into place. sure i cried, sure i cry, but mostly only alone and only about one thing: that of losing what i can never ever get back.

living in this post gloom, the world is like a tidal wave. i close my eyes to everything more often than not and keep all my secrets to myself. often i can fake my own distractions, i can be cool to the point of being cold and i can dance to forget about it all. often i am all fun. but truly it is just the way one can choose to pass the time. and there are far better things than being cruel. i am not sure if there is anything i will ever be capable of being beyond this: some girl that does some things and waits for some time to come and pretends all along that her heart is not burdened by the few she so painfully loves. often i forget where i fall on the grid until after the world collapses into itself and the shifting of the shades creates the distinct lines between air tree and bird.
Posted by kristenclanton.com at 10:47 AM