i have read salinger's novella franny and zooey three times this month, mostly because i am in love with both franny and zooey, though for different reasons. i love zooey's brain and his hot temper and his dreamy way of relating. i love his sharp tongue and irritability and the way he controls every room he walks into. i like how little he is, how booming he is. i love franny because she wants more. because she wants to mean what she says and she feels guilt because she just cant care. because she thinks the structure of the world is a joke some big sad joke she got caught up in. and i love franny because she has a nervous breakdown and her mother keeps trying to feed her chicken broth and she wont eat. really i cannot help the way i feel about books and movies and art. i cannot help but relate and relate to them, especially when my own days seem to follow the same scheme, then i just get confused. like the parable of the man that dreamed he was a butterfly and did not know if he was just a butterfly dreaming he was a man. i think about that alot. i always have, since i was very small. i only think in pairs. it is all i could ever do.

along with this i read the stranger and the fall (which is only funny when seen in correlation to personal histories), raise high the roof beams, carpenter and the bell jar and catcher and the rye (twice) along with the complete history of southern literature. and after all of those books and all of the articles and baudelaire poems, along with poe and his poems, which i like to read aloud to myself at night, and in this way have memorized annabel lee, my favorite of all time favorite poems since i was in seventh grade and i was having a rough time of it that year, and my pretty english teacher called my mom in for conference and my mom thought it was because i was so withdrawn, but my english teacher just wanted to say how great my poems were. and my poems were great because they were true, because i meant them. and it was because i heard my pretty english teacher read annabel lee, which was her favorite poem. and she wore heels to school every day and she read that poem like she wrote it like she loved it that much and she meant it. and i loved poems with my whole heart at that moment on and wanted to do nothing else but write them and mean them.

i read another biography on warhol and reread a biography on edie sedgwick because i dont want to be like edie sedgwick and i dont think i can i mean sometimes i see myself going her way. i see some terribly large doors pulling up their parts like draw bridges and though i have to circle a few times, i eventually realize i am not on an island. and even if i were, i would just burn it down.

and all this time i have been writing nonstop and working nonstop, taking photographs and staring out the windows. i was chain smoking until the day after thanksgiving, or the night of, when my old friend came over with a sad heart and i gave him all of my cigarettes and painted his kitchen yellow the next day. i've watched a tremendous amount of films, mostly mumblecore and french films and the old repeats i always watch, alot of alphaville alot of mystery train because i really like to think about elvis. i really like to think about what elvis would do mostly. 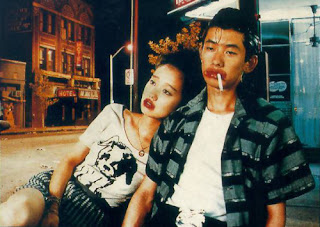 i've listened to a lot of music. mostly on my record player, mostly as loud as possible with these tremendous headphones i have had for yrs &yrs that can block out the sound of the airplanes flying over my house on circuit. block out the rain on my tin roof. laying on the floor of my tiny house, chain smoking, as i was, and listening to the ronettes sing will you still love me tomorrow? is pretty much it for me. (insert terribly old photo of me in my old shoebox bedroom with headphones) 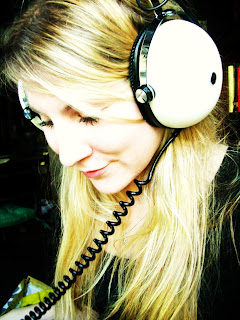 i went to movies at night with my girlfriends and drank alot of whiskey and vodka, i drank alot of wine with the girls and cooked food and gossiped. one night in particular i ran terrible far down the street in see-through clothes and no under garments because my friends were in peril and i was about to get in the shower when i got the message. running as fast as i could barely dressed down the street was the most natural and necessary thing and it made them laugh. it turned peril into a comedy, which, especially when peril is after the draw bridge and on the island, it can be nothing but a comedy.

i received phone calls in the dead middle of the night, some i answered, some i didnt. some i quit. i flew a kite one morning. i rode my bike alot, more than alot, i rode my bike a tremendous amount when i needed to figure something out-- mostly when i needed to walk away from a story. i played with a lot of animals saw alot of old friends donated money and things to st judes and to children's pediatrics. played with a lot of little kids, which were mostly on the level for me this month. i cut off all of my hair mostly because, like native american cultures, i grew it out to mourn the loss of a loved one. for 8 yrs. and i just could not heap myself with that sadness anymore. 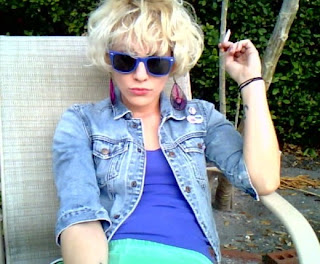 i spanned alot of time with my parents, i answered alot of people's questions, i avoided alot of questions. i had a strange conversation with my cousin i would have preferred to have not had. i missed something, i missed my grandma alot and i missed moments in time. mostly terribly slight moments. a few in ny. a few in hawaii. mostly i dont want to wear black anymore, i want to wear anything but black. mostly poor little rich girl is sad and not too chic even though i have kept everything else but that. 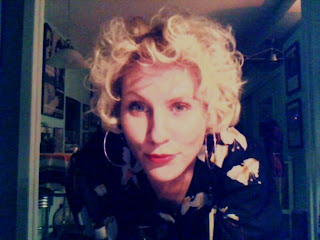 mostly though, mostly this month i thought about my flaws amplified and if i can ever really mean something as a constant. this kind of thinking can cause great distortion. yesterday i went to my best friend in the whole world's bridal shower. i havent seen her in at least a year because she lives in VA 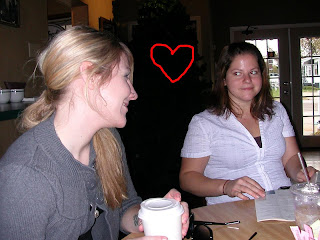 and along with her and her wonderful fiance and sister and babs along with the beach trip and winning things and wearing a rose bridesmaid dress and taking a train trip north and the mamosa's along with all of that, there is something really really remarkable about being around people that love you and not only love you, but know you and still love you. we were playing "imagine if" and my name came up and it was "imagine if kristen were a character on gilligan's island, which would she be?" we all picked our numbers to the names. i was the only one that said i was like mary anne. they all chose ginger, then scoffed at me for seeing myself as a mary anne. 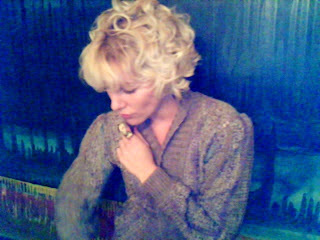 acting as a symbol, especially when being overwhelmed for the month about illusion and faults, this was such a funny turn. there were other imagine if questions. and they were just as sweet, marked with bright lights and warm feelings. and there was alot of things said that needs to be remembered, but all that is too private to say outloud. it is better as a kind echo in the skull. i was gifted a bunch of brightly colored cacti in hand painted pots by little babs, i got a lot of hugs and melon and lots of i love yous. and then they all stood on the corner and waved me goodbye and blew kisses as i drove off laughing because i was so happy.
Posted by kristenclanton.com at 3:39 PM