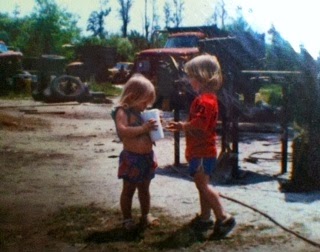 if you know me away from this technicolor world, you most likely know that i grew up in a place where i had no neighbors, my parents' built our house, piece by piece, which had no indoor plumbing at it's start; the house lays on about two acres in the city, and we had a good few animals, though french hens, chickens, kittens and dogs are most relevant to this story about animals i am about to tell, and mostly, the story is about the death of things, or the constant response to the death of things, which never seems to become any easier as things die, which is probably why Donald Barthelme's "The School" is one of those all-encompassing, yes, yes, this is exactly what i mean stories for me.

with the french hens and the baby chickens, things were always touch and go. every morning, my brother and i would have to go to the coop to gather the eggs and feed the chickens and hens. it is very, very necessary that these two things happen simultaneously. usually, i would make Nick run in first, scaring them all to hell, chasing those squawking things into a frenzy, and then i would dash behind, stealing their eggs and hiding then in my pink wind breaker covered in bunny rabbits. i was the fox. then Nick and i would both feed the chickens and hens, hoping that the feed would distract them from the loss of all things, but i always felt extreme guilt that it didn't, and i always felt i was always punished for these actions because we had to eat their green eggs for breakfast, and i really hated them and the way my mom prepared them in the microwave. this all ended, i think, when one day my dad got sick of the rooster and let all of the chickens and hens free, letting them go away and live in the swamp, which brings me to the alligators. 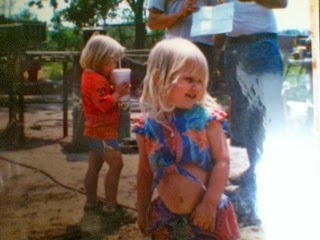 it probably took too many years to put up the fence, but that probably happens when parents' are so focused on building enough rooms for the family and keeping the ceiling and floor from caving in. i think the fence finally went up when i was thirteen. before then, nick and i used to wear our rain boots to trudge through the swamp, carrying tall sticks to pull us through the muck. we heard the snakes and things, we heard the rattles, but we were always set on finding the next island, and we thought we could see anything. and i'm pretty sure we did.

it came close a few times, for sure. we've at least lost nine dogs to the snakes and alligators, at least twelve kittens, and once, when my brother and i were riding our bikes around and around the circle dirt path of our property, an eight foot snake jumped out and tried to bite my brother. we know it was eight foot because my dad promptly cut it's head off, which he kept in a jar, and skinned the body, which he nailed to a board and gave to my cousin. the day my mom accidentally knocked the snake head jar off the cabinet at the welding shop, smashing the glass and creating the most gruesome smell ever, it felt like it was the end of something, and my dad was none too happy. but as i said, Nick and i saw everything. 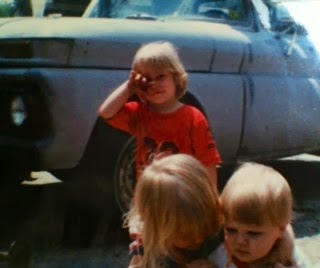 the end of something came after the chickens and hens left. my parents' cleared the graveyard of dump trucks, construction equipment and enormous tires out of the yard, and decided to build a garden and an above ground pool. they built a patio with no rail, and we probably lost about three kittens in the pool. their bodies puffed, furry, curious things. i would find them in the mornings when my dad would load Nick and i in the dump truck to take up to preschool. i always thought they were swimming like Nick and i were prone to do, but that was probably untrue. probably, my dad released them to the swamp too.

but the worst of worst though is cold days and cars, which, inevitably, is what happened today. my mom and brother seem to have the worst luck with cold days and trucks because the cutest little kittens always seem to climb into the warm belly of the thing, usually next to the motor, and then jump in from of the wheel as the truck is leaving down the street. then there is that awful, sad sound, and everyone knows what was just done. 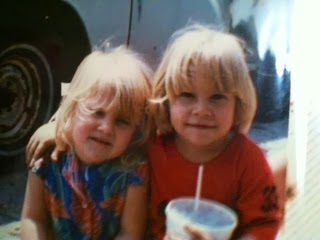 this happens, but today it happened to my brother, on his lunch break, and to his favorite orange kitten named OJ. my mom called me very upset because he was very upset, and she had to go over there to calm him and put the kitten to rest. on the telephone, she kept insisting that the kitten was definitely dead, that he was so warm, his body and fur were so so warm, but there was no heartbeat.

the day after Christmas, i tried so hard to get that little kitten near me. he was sweet faced and pudgy, and my brother is a wreck. my mom buried the tiny thing, and i worry that it's still warm. or that she didn't bury it deep enough and the dogs will find their way. 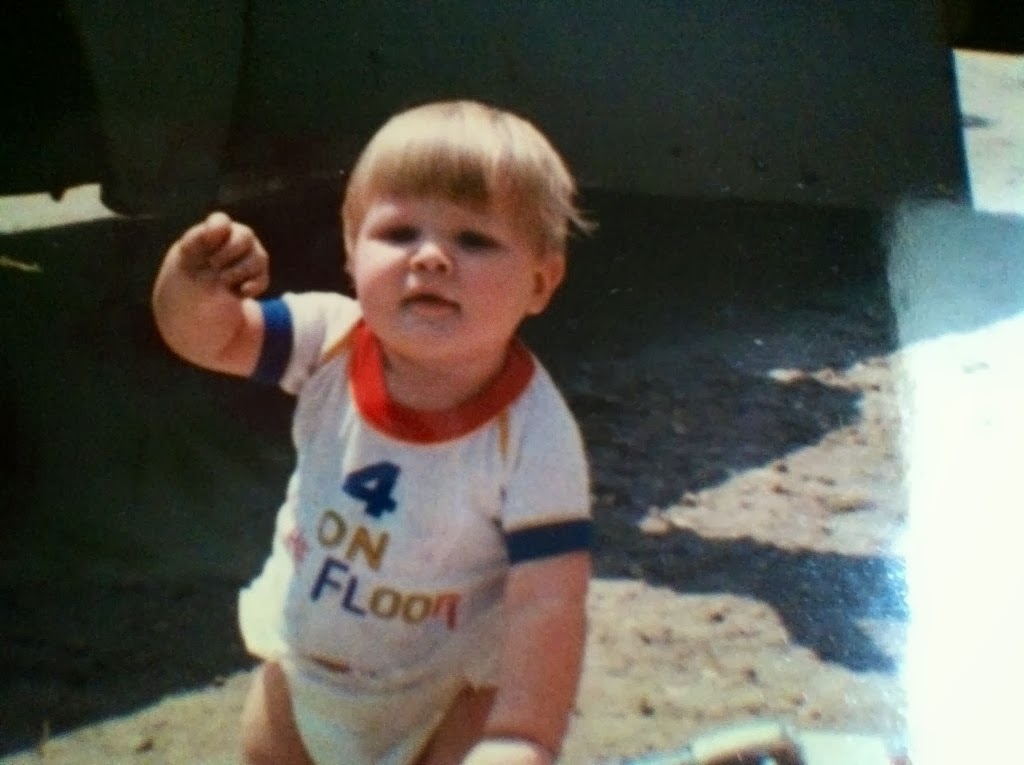 but the thing Nick has to remember are the animals that he has brought back to life to. like Junkyard, who got run over and wasn't supposed to live, who the veterinarian said was dead, and even mine and tim's little kitten, Layla, that he tried for weeks to catch, but she was such a scared, wild thing, that she wouldn't get with it, until he set up a box trap early one morning and captured her, and that's only what he's done in the past year. once, my old boss told me that her dad was wrong, and no one, no matter how hard you want to believe, is replacable. and that's true. but we all do the best we can do, and we press on, giving the things we love, the things we must mourn, their due.

Posted by kristenclanton.com at 4:43 PM