short story experiment one: Tim's suicide in a dream. 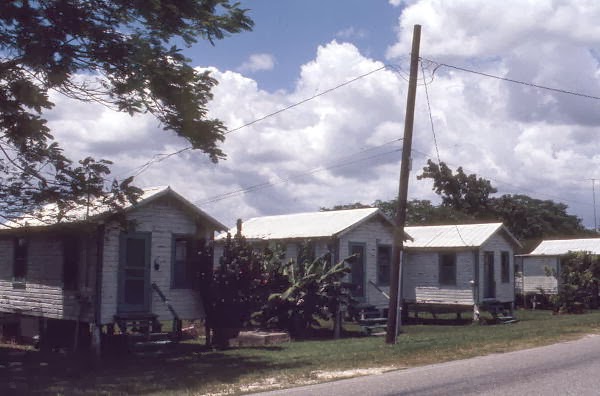 Tim's dad had lived in the same run down row house for twenty years; no one knew if he rented it or if he owned it, but my brother, Nick, and I, after moving in, agreed that he must own it based on the condition of the place. Like most wood framed houses in Florida, it bowed and pulled in strange places; there were no floors, only exposed, damp plywood, and primer on the panelled walls, which faded into lighter shades of gold tar from the ceiling down.

The day after Tim and I got into an all out fight, which mostly centered on the fact that I would only wear bikinis to his basketball games, and I cheered too loud, which he felt seemed remarkably inauthentic, was the day that Tim disappeared. These are only the parts I can remember.

I woke up in the afternoon and went to his basketball game, wearing the same red bikini and cheering in the same way, but Tim was not there. I hung around for a while, getting quieter and chain smoking, as the bright white garden lights began to shut down one by one, and the sounds of the crowd began to fade, although I could still hear the singular sound of a steady drum on the court.

I walked home after dark.

Tim's dad was sitting in the ragged recliner on the porch, the stuffing of which had long been pulled out by a dog that had long been dead. I sat next to Nick on the wooden swing, and we all shared a joint as Tim's dad talked on and on, and Nick kicked the swing up higher into the air, it's chains rattling and jarring at the top, then collapsing straight down to the rotting porch. I felt dizzy.

He wrote the number on my hand and said that the motel was on the opposite side of town, but he wouldn't drive me.

It was late. People were coming over.
I needed to fix the breaks on my own car, so I didn't call.

People came over. My blonde, worn out cousins were there, drunk, chain smoking and leaning against my old Volkswagen. It was all laughing, all distraction. Everything was dark except for the Christmas lights in the windows, but the lights only illuminated the rebel flags that were nailed up to block out the light from the street, making everything around even more red, even more apparently wrong, out of place. I didn't care.

On the outside, it was always dark. On the inside, I never knew what it was.

I never called; I don't know what happened. It was late; people came over. I woke up still in my bikini, covered in grease from the Volkswagen— its parts and pieces strewn around the plywood floors of the living room.

I tried to decipher the greasy number on my hand. I tried at least seven times. I walked out onto the porch, and squinting, I tried to focus on the shifting numbers.

My mom pulled into the driveway. Her small face was splotchy; she looked stricken. She looked grey.

Her jaw started to shake. She wouldn't look at me.

I woke up at 6a, and I started to think about working today. I thought about the things I could possibly teach; I thought about how I have conditioned myself to work through anything, and how everyone tells me it is just going to be harder, but I like when things are difficult. I don't like when my body breaks down because I force it to work anyway. I hold myself hostage, constantly, and I would rather do it to a body that isn't full of a baby. I forgot it was Saturday. I didn't go back to sleep. Neither did Tim.
Posted by kristenclanton.com at 11:07 AM