i woke (if i can loosely term what i did prior to rising, in fact, sleeping) at 3a on the foldout bed on the island with this intense urge to scrub everything. it could be pinto bean's cat hair on the antique furniture or the flowers on the dining room table (i love when a woman has flowers on her dining room table and you just know a man turned up with them after returning home from the grocery store) or it could be the housekeeper that comes here and never cleans but just sorta spies and snoops on me, always showing up on days she is not supposed to, early in the morning, when i am either hungover or still drunk and have house guests half-dressed in party clothes, half-dressed in sleeping clothes, lying around on the couches or all of us flopped in the same enormous bed. or maybe it is the fact that my brain just refuses to quit operating spacially, having ripped my mother's walk-in closet apart (which was my childhood bedroom when i was very small) 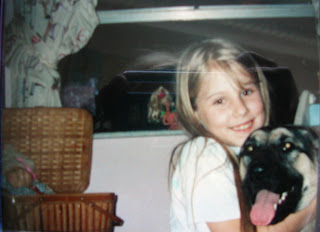 and scrubbed and painted it apricot while she recovered from oral surgery and drank the homemade milkshakes i made her. or maybe it is my own little house, which i have also pulled apart, changing it's miniature world into something very clean and stream line, something very 60s southern california boho with antique oak and lots of orange. my own little home is making me terribly happy right now, so i suppose i wanted to make this place make me happy too.

so now it is 630a and i do not feel like sleeping too much because my dreams have become this exhausting and perpetual fantasy, where my psyche keeps me baited just enough so i will not leave, and makes me run into people i try honestly to avoid in the waking world. i am sure my subconscious mind knows more than i do, being run by my ego and massive sensitivity and all, but wow. on sunday morning i woke at 6a to my telephone ringing from nyc and i woke from a dream, which kept in its tiny bubble a space where i could talk to an old friend, someone i have not been able to speak to since he died too many years ago. and he had a scar on his eye and he did not remember dying, but he had wanted to talk to me since he first saw me there too, and i knew we were not in the same place. he understood that too. we were standing in front of a pinball machine and i told him i had been in love with him since i was 14 and he died when i was 19. i asked if he thought his handwriting was the same, because i still have pages and pages of his poems and letters. and he said probably not. he said he is probably very different now. and i said i probably was too. and i did not have the letter or poems there anyway, they are still here, tucked away on the bookshelves in my bedroom.

it would be cruel to say that i have never been so moved. but this dream (compounded with the one of the night before where tidal wave after wave i kept floating atop, and also having such an epic valentine's day, so epic it spanned from thursday to monday) gave me chills. talking and crying and writing and thinking are such separate plays for the body and riding the motorcycle to the temple on sunday morning felt closer to God than anything i can imagine ever could.

and truth, the temple is like disney land on sunday, some jerk even parked his yacht on the dock, and, wallking off his boat, leaving his sinatra blaring for all of us to hear, he said, "i know i blocked your view but feel free to sit on the deck." us common folk. what a dick. only location stopped me from pummeling him but it did not stop me from running my mouth at him. so we left and went to waterfront park instead and hiked through the woods with all the motorcycle garb on us and i kept imagining how i would be ready for any kind of zombie attack (i never told ian this because the moment was very nice, but on monday i strapped an old picnic basket to me danish utility bicycle 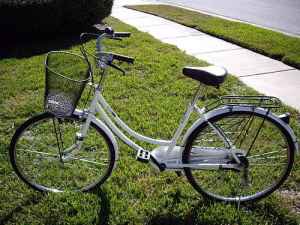 and we tell stories when we talk and ride and he always laughs at me and says my mind works wonders-- he also calls me a vindictive little girl, which i find cute because its all stories about people that live in the houses on bayshore and the islands that we ride by). 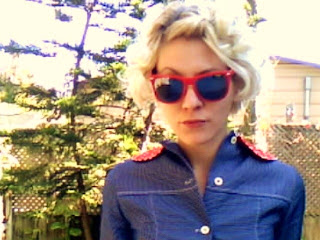 Posted by kristenclanton.com at 6:54 AM