this is about my long hair 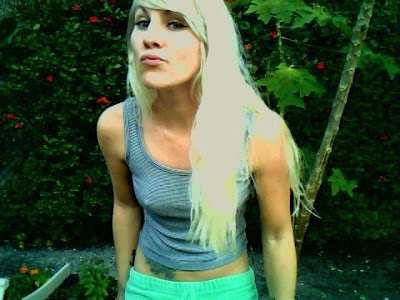 one can only wear a curly mop and a bob for so long until one gets bored! especially because i used to wear my hair so many ways.

at least it is to my shoulders now. my last haircut was in june when my cousin came to see me and she cut my hair (she manages a salon) and did this pretty sweet layered thing, but now i just want it long again, so i just let ian trim the tiniest bit off when it starts to look scraggly. usually i sit on the picnic table and it is windy and ian has a tiny comb and shears and he does a pretty decent job. but ian is pretty much good at everything, except for foose ball.

i liked my hair short because it looked great with clothes; i liked the aggressive look of it. 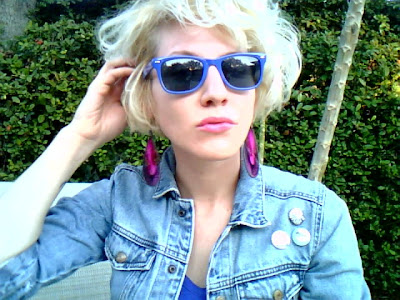 but gah. short hair is high maintenance, which makes it obnoxious. it demands too much time and it gets all brittle when one styles it too much and it gets so boring and dull when it is not styled at all. it is finally starting to get to a length i can work with, and it is starting to grow pretty quickly. 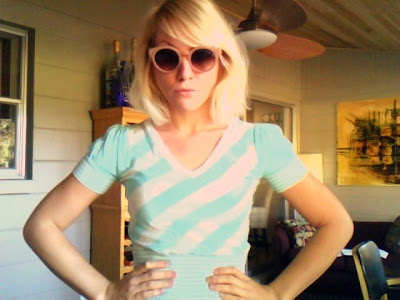 and my hair is starting to feel like myself again because i never felt like myself with that short curly bob. i felt overdone; complicated in the wrong ways. like i had to dress down because my hair was too flashy. it felt like i was hiding something like i was in disguise all of the time, which i suppose was the point of it all.

when i met ian 10 years ago, i had just shaved my head completely and started college. i wore boy clothes and chuck taylors. he sat behind me in history class and could see my underwear because my pants were too big. he sat behind me everyday and would always try to talk to me. it was so strange. ian went to private catholic schools and worked at tommy hilfiger. it made no sense. he was turned on because i had guts; because i wore mens clothes with decadent lingerie underneath. i did not know he knew all this at the time. when we started dating, the first thing he bought me was lacy lingerie.

when i cut all of my hair off again, into the short curly bob, i had gone over to his house that day. my hair was so long. i was so depressed for so long. he told me i should cut it, just do it and i would feel better. so i did and i did. he still always tells me how much guts i have. and i believe him.
Posted by kristenclanton.com at 9:29 AM